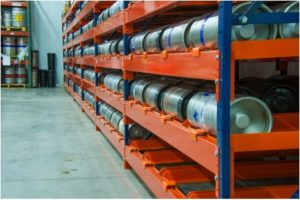 It is well-known in the Midwest that Minnesota is a hub for craft beer. The craft brewery movement has grown considerably in the last five years and according to the Associated Press and licensing records, around two-thirds of Minnesota’s breweries have opened since 2010. Thrivent on the community and beer-loving culture in Minnesota, the craft beer industry is continually expanding — several older buildings are being bought out and re-purposed to house taprooms and casks.

Production expansion calls for improved warehousing needs and transportation methods as well. One such fastly-expanding brewery, 3 Daughters Brewing in Florida, recently partnered with a local tank manufacturer and is planning on acquiring additional warehousing space. According to owner Mike Harting, capacity is a huge issue for craft breweries facing challenges of rapid growth, and local storage and transportation companies can really benefit from storage and warehousing partnerships with craft breweries.